Don’t forget about the blends

Overlooked and underesteemed, a strange curse of popularity

If you’re a whisky drinker it’s likely that the first and most recurring choice you’ve had to make on your journey is that between blend and single malt.  There are other styles of whisky of course – single pot stills, bourbon, and grains to name a few – but here in South Africa, and in most places, these are the two that predominate;  and of the two blends are the popular favourites, massively outweighing single malts.  There’s no little irony then in pleading their case. 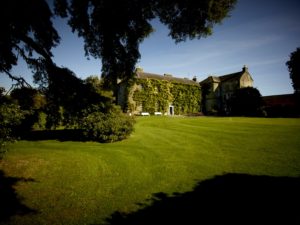 The reality though is that whilst blends may dominate the box office, single malts are the indie darlings, garnering the lion’s share of critical acclaim.  The romance of whisky, its bucolic provenance, colourful history, and crafted production, is largely essential in single malts.  Whiskies like Aberlour’s A’bunadh epitomise the appeal of the style: forged in distinct, numbered batches in the heart of Speyside in Scotland, perhaps the most renowned whisky region, replicated from an inadvertently discovered bottle dating back to 1898, and delivering deep, rich, impeccable sherry cask flavours, but with enough effervescence on the finish, at least in the batch (56) currently in market, to play short of the line where intense lapses into overpowering, this is an outstanding whisky in all respects.  With serious interest in whisky escalating in recent years, and with the proliferation of compelling specimens like the A’bunadh, the ballooning population of aficionados has increasingly been opting for single malts. Their potential, long either ignored or underemployed, is progressively being realised, recognised and appreciated, to the extent that the relative spend on single malts compared to blends is about three-fold higher now than it was twenty years ago – a staggering shift.  Single malts are a hot commodity. 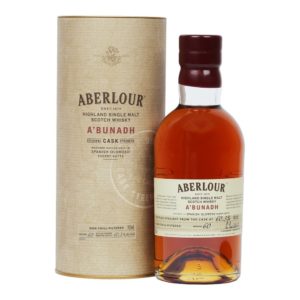 Blends on the other hand owe their comparative scale (in general) to a substantial cost advantage, and to flavour profiles that tend to be light and accessible, rather than to any superior merit.  They’re by-and-large cheap, and easy to drink.  Many blends, if one was to be unkind, could be described as bland fodder for the undiscerning masses.  Its lesser exponents have somewhat tainted the style, with the result that it’s become perceived, often unconsciously, as uninspiring and second best.

This is the backdrop against which you might find yourself unwittingly making your choices, but if you were to buy into and consistently act on these perceptions in isolation you’d be selling your whisky wonderment (to be poetic about it) woefully short.  It’s always worth re-examining assumptions, especially those that lead to ingrained, automatic, and detrimental prejudices.

A blended whisky is constituted from a variety of single malts (made from malted barley in a copper pot still), mixed with grain whisky (made from corn or wheat in a column still).  The grain, habitually maligned as a diluting filler, in fact introduces a few elements of potential “extra” value: a particular mouthfeel (typically an oiliness), its own specific flavours, and a distinct dynamic that changes how the malt flavours present themselves i.e. much as men behave differently around women, so does malt in the company of grain.

The challenge lies in combining the selection and proportions of these various components into a whisky that’s more than the sum of its parts – the process known as blending.  Get it wrong and it’s forgettable.  Get it right and it can be something awe-inspiringly special – something on which you wouldn’t want to miss out.  One such whisky is Johnnie Walker Blue Label, a replete demonstration of the best possibilities of the style.  Oaky, spicy, peaty, and sweet, with an array of fruits, this whisky has drawn from an all-encompassing palette of flavours and somehow melded them into a harmonious, coherent and delicious whole.  Notably, it’s one of the first high-profile bottlings of a multi-vintage whisky, merging liquids of substantially different ages.  Whilst this is looked upon cynically in this “No Age Statement” era, Johnnie Blue is a well-intentioned, trail-blazing execution of the technique, achieving a real, indisputable synergy.  Another blend worth singling out is Jameson, the consistently fastest growing whiskey (it’s Irish hence the spelling, with single pot still playing the malt role) of the past twenty years.  The standard bottling is a marvel, but an upgrade gets you the ridiculously quaffable Select Reserve, a denser version with an injection of dark fruit flavours.  Perhaps the most compelling example of a blend’s appeal though is found in another Irish, Bushmill’s Black Bush: interesting, complex, rich, and, importantly for everyday drinking, affordable, amongst other charms.  You can look if you want but you won’t find a single malt that’s both similarly satisfying and easy on the pocket. 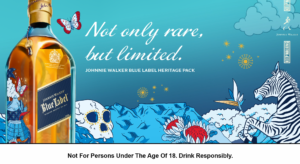 Whisky is set apart by its complexity and variety of flavour.  There’s arguably more to experience in single expression, and there are more different and distinct expressions, than with any other spirit.  This is partly inherent to the qualities of the liquid itself, but also brought by its evolution and momentum – more people demanding more.  Either way it wouldn’t be the case if it wasn’t for its great blends.  Something to ponder next time you’re ordering a drink or choosing a bottle.  May the dram be with you! 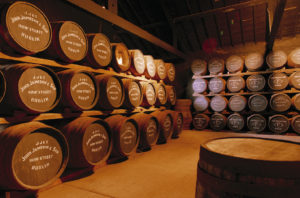